It was a good chance for Travellers and Roma to meet and chat and enjoy the day. 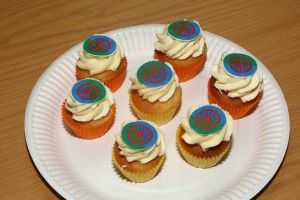 Fifteen Roma activists visited Leinster House on 7th April to do a tour of the Dáil and meet with some of our newly elected representatives.  Roma involvement in policy-making and the political system needs to be prioritised.  We are hopeful that these Roma activists may be our representatives of the future! 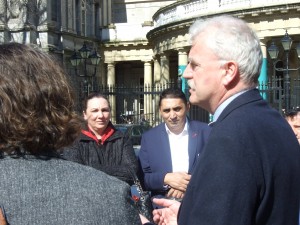 Romani women have experienced widespread coercive sterilisations in Europe, legitimised by eugenic discourses of the need to control the “unhealthy” birth rate of Roma.  Read more.

Message from Senator John Kerry, US Secretary of State – 8th of April 2016

What is International Traveller and Roma Day?

International Traveller and Roma Day is celebrated on April 8th. This marks the day of the first World Roma Congress in 1971. The green and blue flag was adopted as the official flag for Romani people and Roma was identified as the preferred term to describe members of Roma communities across Europe (Roma, Sinti, Kale, Travellers, Dom, Lom and related groups). It also marks the day on which the song “Gelem Gelem” was officially recognised as the national anthem of Romani people. This day was officially designated as International Roma Day at the fourth congress of the International Romani Union in 1990.