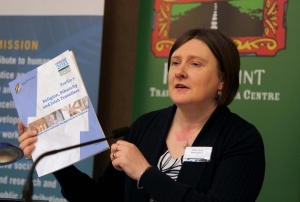 At the National University of Ireland Maynooth in the summer of 2013, Brigid Quirke, Sabine Singer and Aileen Healy spoke about ethnic data collection in Ireland, with a strong focus on the 2011 Census and elemental good practice in data collection for Travellers and Roma.

Brigid Quirke spoke about developing mechanisms to collect ethnic data and delivered results of a pilot project on the topic in Dublin. She highlighted the need for effective mechanisms to gather data for actual practical use. 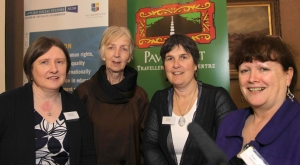 Sabine Singer of the European Agency for Fundamental Human Rights (FRA) spoke about international law an Directives for Data Collection and Protection, highlighting studies of the Roma in Europe and the need for evidence based policy initiatives. Singer also addressed the complexities of ethnic data collection, given historical oppression of minorities and the legal questions surrounding protection for data in European states.

Aileen Healy of the Central Statistics Office focused on the partnership which led to the inclusion of Irish Travellers in the 2006 and 2011 Censuses. She underscored the need to involve participants from organisations in an effort to share expertise and further pointed out the key need of awareness for Census data collection. 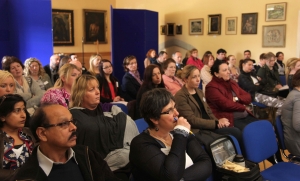