The All Ireland Traveller Health Study, completed in 2010, was the first systematic study of Travellers’ health in 23 years.

The final report of the study was published by Minister for Health and Children Mary Harney on September 2, 2010. Launch Day The launch of the study was a significant day for the participants in the study; some 400 Travellers from around Ireland, mostly women, acted as peer researchers for the study.

On launch day, the participants were represented by Missie Collins, one of the founders of the Pavee Point Primary Health Care for Travellers Programme, and therefore one of the founders of the national network. After the launch, the Peer Researchers, and those responsible for co-ordinating the study, were honoured at University College Dublin in a ceremony of recognition.

Speaking at the launch, which was attended by statutory and voluntary Traveller interest groups from both Northern Ireland and the Republic, the Minister thanked the Traveller community in Ireland, frontline health service providers and Professor Cecily Kelleher, head of the School of Public Health, Physiotherapy and Population Science in UCD and her team for carrying out a comprehensive study of the health status of Travellers in Ireland over the past three years.

She said “Traveller health continues to be a priority and considerable work has already been undertaken in this area. This commitment is reflected in the significant resources allocated to the commissioning of this study. “The findings will provide a framework for policy development and practice in relation to Traveller health.” 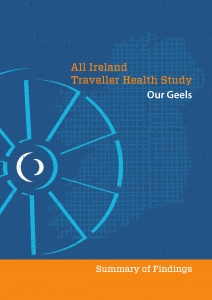 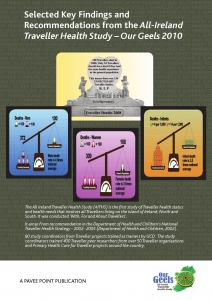 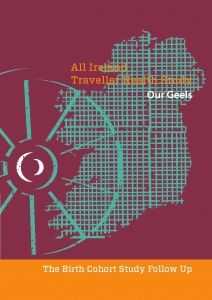 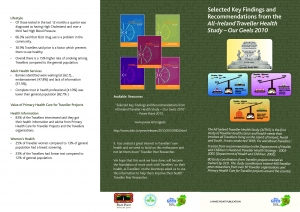 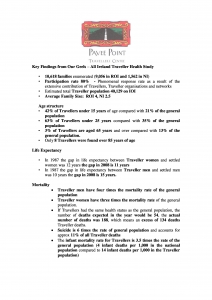 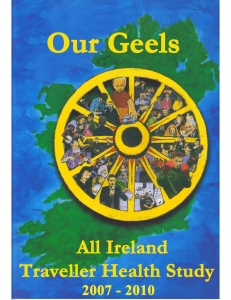