A group of young Travellers investigated water and its impact on everyone, including those living in poor conditions on sites in Ireland. The video and the process of making it was featured on RTE News2Day on December 2nd 2014.

This poster was youth led, with all decisions about it made by young people from LGBTQ and Traveller and Roma groups. If you want to find out more about the posters, stickers and postcards printed with this design, contact Pavee Point. 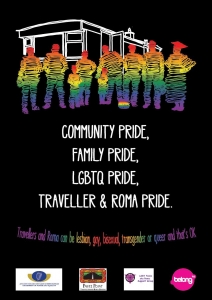 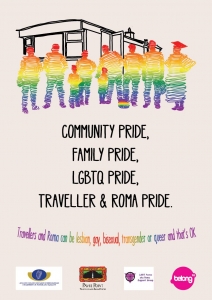