The finding that Ireland has violated Article 16 of the European Social Charter in its treatment of Travellers confirms what Travellers and Traveller organisations have claimed for some time.

“This finding by the European Committee of Social Rights is a high level decision that puts Ireland’s record on Travellers into a shameful light,” said Martin Collins, Co Director Pavee Point. 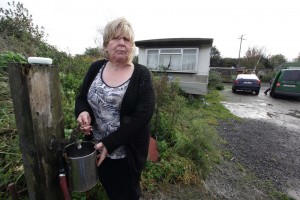 “We now need a new approach to the provision of Traveller accommodation – especially as living conditions also impact on people’s health including mental health.”

“We urge the new Government in its Programme to incorporate these findings into its work on the National Traveller and Roma Inclusion Strategy and in drawing up an Integrated Social Framework.

“We believe that a dedicated Traveller Agency is now needed to implement policy across accommodation, health, education and employment.  We will be highlighting these issues at the Oireachtas.”

Article 16 of the European Social Charter refers to the right to family life including the right to housing for families. The European Social Committee of Social Rights found Ireland to be in breach of this Article on the grounds that there are insufficient sites, that sites are sub-standard  and there are inadequate safeguards for Travellers threatened with evictions.

The Law Centre at the Irish Traveller Movement who were involved in taking the complaint estimate that there  are currently over 5,600 Travellers in overcrowded or unauthorised sites as they have nowhere else to go.  Even on authorised sites there is limited or no access to water and sanitation, damp, flooding and lack of maintenance.

The Committee has also found that effectively there is no legal protection for Travellers who are often moved on with less than 24hours notice and who have nowhere to go and who sometimes face the confiscation of their property.

The European Social Charter comes under the auspices of the Council of Europe.  The Council will now pass a resolution based on these findings that will require the Irish Government to address the issues raised.

Need for clampdown on racism in General Election 2020

Pavee Point Traveller & Roma Centre is backing calls by a UN Anti-Racism body for Irish politicians to be investigated, prosecuted and punished for acts of hate speech during election campaigns. “We cannot...