“It’s fantastic to see the Northern Ireland Public Health Agency take this initiative,” said Ronnie Fay, Pavee Point Co Director, “And while we have developed a lot of expertise and good practice models here in the Republic  – the Irish state has not prioritised Traveller health enough.” 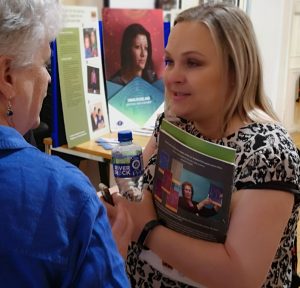 The All Ireland Health Study 2010 is a model in the area of Traveller health and Pavee Point was instrumental in delivering this study. Thanks to our work in developing baseline data and on an ethnic identifier we were able to highlight key aspects of the work to the Northern Ireland visitors.

The horse racing incident on the N7 motorway, as shown in a video today (20/2/2020), is completely unacceptable and endangers other road users and indeed animals and participants themselves. This misuse of a...

We are looking for a person to coordinate the implementation of the Pavee Mothers Initiative in Pavee Point Traveller and Roma Centre. Do you have strategic thinking, policy, advocacy and management skills? Do...