How many readers familiar with the sport of powerlifting in the Republic of Ireland know the name of Anthony McDonagh, a Galway Traveller who won nine All-Ireland Powerlifting championships in the heavyweight division, two European championships and one World championship?  For those unfamiliar with the sport, powerlifting consists of the squat, deadlift and bench press attempted at maximal weight in three attempts. Powerlifting hasn’t historically been a popular sport among Travellers and Tony only began to weightlift at the age of 32.  He diligently focused on technique and training and competed in his first competition in Limerick at the age of 36.  In total, he raised the flag for Ireland more than ten times.  He was able to accomplish these remarkable feats with the support of his Galway community, both Traveller and settled, and his family, wife Breda and five children. He is especially grateful to Tom Dempsey for his help and the sponsorship of the Western Area Health Board that enabled him to compete in the sport of weightlifting. 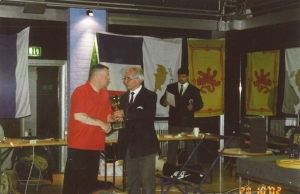 Although Tony has not competed in recent times, he is still training, sometimes twice a day, and coaching others, an activity he finds particularly meaningful.  The person he is currently training hopes to compete in the next All-Ireland powerlifting championship that will take place in Limerick this year. Tony would eventually like to open his own gym and have a platform to encourage young people from disadvantaged backgrounds, both male and female, settled and Traveller, to take up the non-contact sport that helped him realize his own potential.

Tony wasn’t particularly strong when he took up weightlifting, but he is a testament to the power of perseverance and a positive role model.  Opening his own gym and helping others achieve their goals will be his way of giving back to the Galway community.

Pavee Point is part of Travellers Together Preventing Suicide and we are looking forward to this webinar on 10th September. Pavee Point Mental Health Worker, Pa Reilly will highlight the need to collect...