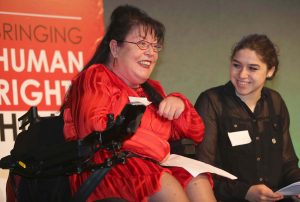 Playwright Rosaleen McDonagh reads her poem ‘I am an Unsettled Woman’ with Bianca Paun.

Dr. Ethel Brooks, Chairperson of the European Roma Rights Centre and keynote speaker at the seminar said: “Across the board, Travellers and Roma face discrimination, rights violations and incur unequal treatment at the hands of the state. This needs to stop –urgently, immediately and comprehensively. 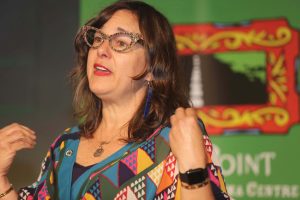 “It can stop –it is simply a matter of implementation and enforcement of the existing international human rights framework.”

A report this month by the EU Agency for Fundamental Rights (FRA) shows that despite several years of inclusion efforts by EU Member States, on average 1 out of 3 Roma surveyed had experienced some form of harassment.

Ioannis Dimitrakopoulos, from the FRA today told the seminar that the plight of Europe’s 6 million Roma was ‘one of the most worrying human rights situations in Europe’.  “We have growing levels of harassment, intimidation and discrimination,” he said, “figures that are unacceptable”. 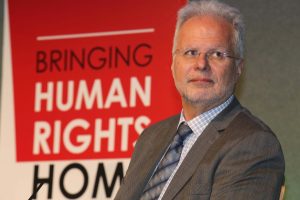 Ioannis Dimitrakopoulos of the EU Agency for Fundamental Rights.

In Ireland the experience of Travellers echoes that of Roma generally, and in education just 13% of Travellers complete secondary education in comparison to 92% of the general population, according to Census 2016.

“Racism is the biggest threat to human rights in this country,” said Mr. Martin Collins, Co Director Pavee Point Traveller & Roma Centre, “And often Traveller and Roma women and children are the people who suffer the biggest impact of racism and discrimination.”

“Recent reports in Ireland show the depth of anti-Traveller and anti-Roma racism in Ireland.  We have the evidence – now we need the action,” said Martin Collins.

In an insightful discussion with broadcaster Audrey Carville activists talked about their own experiences of discrimination and racism and their concerns for their future.  Michael McDonagh of Meath Travellers Workshop said it was hard when his grandchildren asked ‘Why do they hate us so much?’.  Gabi Muntean spoke of how just last week a shopkeeper warned customers to ‘watch their bag’ when she went in to buy ice cream. 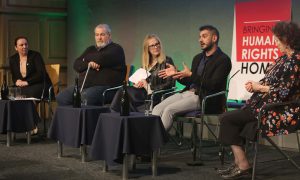 Alex Petrovics spoke of their project in Enniscorthy and how they have been able to give visibilty to Roma in the community and Missy Collins explained how it took determination and perseverance to establish essential healthcare projects for Travellers.

EU NOT LIVING UP TO PROMISES

Bernard Rorke also of the European Roma Rights Centre said the EU had so far failed to deliver on its promise ‘to make a tangible difference to Roma people’s lives” by 2020. 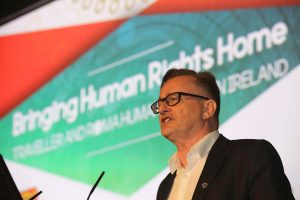 “Despite the EU Framework we have seen precious little progress in the priority areas of health, housing and employment.  As long as anti-Roma and anti-Traveller racism and discrimination go unchallenged, all talk of integration is meaningless.”

“Systematic action to challenge racism and discrimination needs to be resourced and prioritised in Ireland’s National Traveller and Roma Inclusion Strategy (NTRIS),” added Martin Collins. NTRIS is part of an overall EU Framework to improve life for Roma and Travellers. 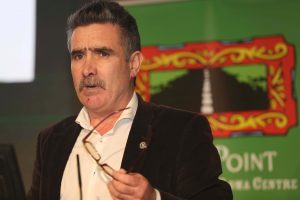 Strategies allow a long-term approach to issues and give Travellers and Roma a voice, said Dr. Carol Baxter of the Dept of Justice and Equality today and co-ordinator of NTRIS.

Ms. Baxter said her Department was shocked at the dire situation of Roma in Ireland as evidenced in the recent Roma Needs Assessment.  She said this was part of the motivation for recent funding a number of Roma projects around the country.

And she said that it is the Department’s vision that all services would be collecting ethnic equality data to see where the barriers are to equality.

NEED FOR GREATER POLITICAL WILL

Pavee Point Co Director,  Ronnie Fay expressed her disappointment that she was told this year that funding for NTRIS was to come from existing Departmental budgets.  Ninety per cent cuts were made to the Traveller sector during austerity – including 86.6% cuts in Traveller education and major cuts in Traveller accommodation. 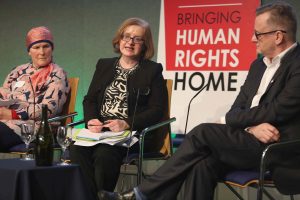 Ms. Fay was critical of a lack of a ‘whole government approach’ which is cited in NTRIS.   She said there was also a need for national structures to be re-established in health and education if the government was serious about implementing policy.

“We need greater political will, we need to hold the media to account, especially social media, and we need to reverse cuts,” said Ms. Fay. “The pace of implementation needs to increase.” 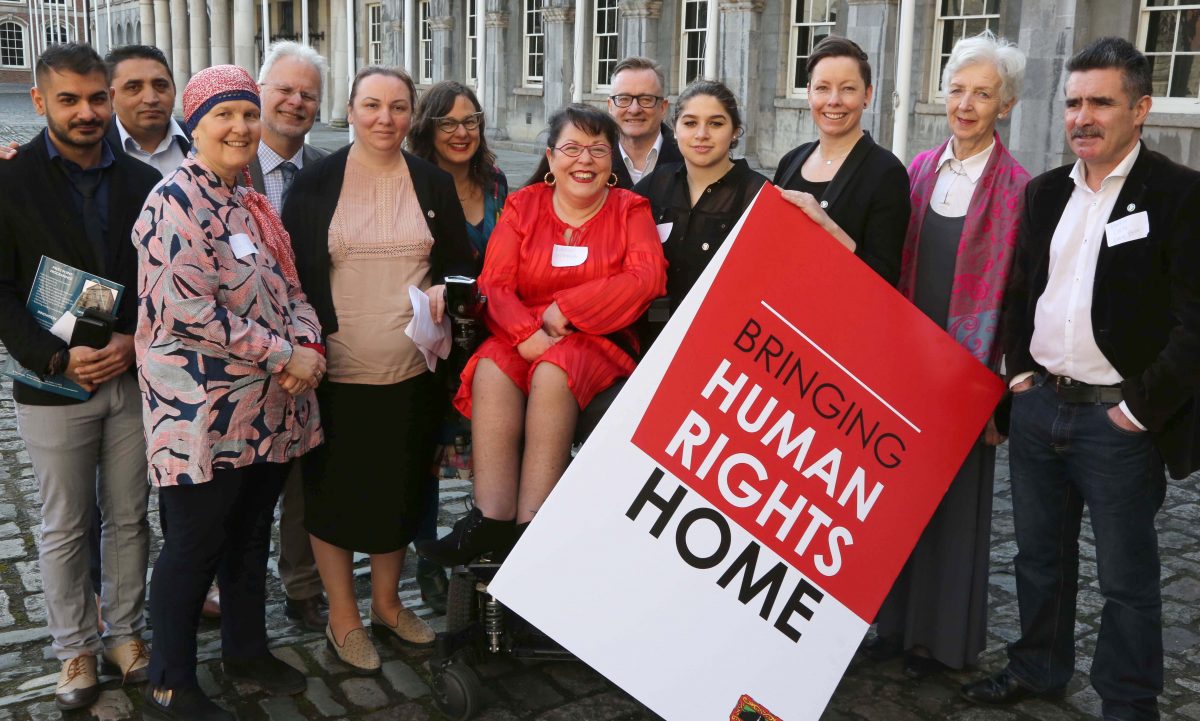