Our report, launched today, shows that mental health services for Travellers are inadequate and that there needs to be a much more targeted approach to combat a suicide rate that is 7 times the national average.

Traveller Health Worker, Michael Collins speaking at today’s launch of the report ‘Young Pavees – their Mental Health Needs’ said that in his work he has had to make up to 20 phonecalls to get a response from service providers.  “It’s people’s lives we’re dealing with and I feel we can all do a lot more” said Michael. 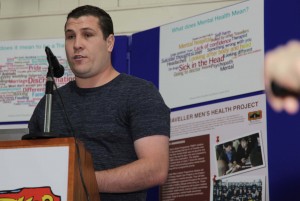 Figures from the All Ireland Traveller Health  Study (2010) show that poor Traveller mental health is 32% higher than among the general population and restricts normal daily activities for 56% of the Traveller population.

The report also shows that 100% of Travellers interviewed for the report stated that persistent discrimination is a core part of their experience and impacts on mental health.

The report recommends that Traveller led support services be set up  to encourage discussion about mental health and depression in the Traveller community and that positive mental health and coping mechanisms be communicated to young people in early secondary education.

Ms. Anne O’Connor, National Director, Mental Health Division, Health Service Executive launched the report said her office was committed to responding to Travellers’ needs and it was a great opportunity to grow and develop services.  “We want to be there when people need us, where people need  us and to have the right people available,” she said.  She said that services have to be inviting to users and that reports, such as the report launched today, give her service the evidence upon which to base their activities. 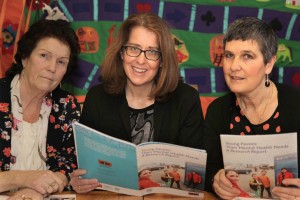 Ronnie Fay, Pavee Point Co Director, who also spoke at the launch highlighted the need for an ethnic identifier to be used in Health Service data collection systems to be able to evaluate services in terms of ethnic minorities. 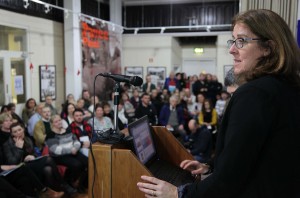