Pavee Point Traveller & Roma Centre welcomes new indicators in ageing from the Department of Health that take account of the gap in life expectancy for Irish Travellers.

A report by the Healthy and Positive Ageing Initiative, launched today, acknowledges the gap in health outcomes and includes indicators that redefine Traveller ageing as 40+, recognising the short lifespan and early ageing of Travellers.

According to Census 2016, just 3% of the Traveller population were 65 years or older. This indicates a disproportionate number of Travellers continue to die younger and at a faster rate than the majority population.

The report ‘Developing Indicators of Positive Ageing for Travellers’ also acknowledges that policies and services for older people must take into account the needs of different groups.

The report shows that other countries have identified the diverse nature of ageing. In doing so, they have developed innovative solutions and mechanisms to address these gaps.

Speaking at today’s launch Missie Collins said: “This report shows there are different needs for Travellers because we don’t live as long.  To be an old Traveller means that you’re only over 40, an age where most settled people are starting off their lives. 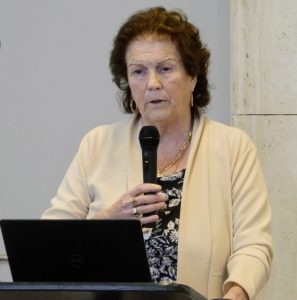 “Where I live there are 300 Traveller families. I can count a fist of them that are over 60.  My husband died in his early 50s.  There are many Travellers who don’t get to see their 50th birthday.  That’s why this report is very important.

Missie then called for the urgent publication and implementation of the National Traveller Health Action Plan: “What we want to see is action.  My community is dying before their time and to stop this from happening we need the National Traveller Health Action Plan.  We need the Department of Health to work with us and commit to improving Travellers health.

“In 2018 the Health Minister Simon Harris said he would publish this Action Plan, but so far nothing has been done.”

Also speaking at the launch Pavee Point Co Director Martin Collins welcomed the report as a positive development towards addressing the specific needs of older Travellers.

“In 2013, the first National Positive Ageing Strategy was published in Ireland and as a result, key indicators were developed to monitor progress in positive ageing,” said Mr. Collins. 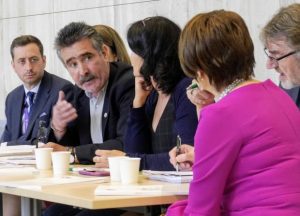 “However, the indicators were not fit for purpose for all groups, as acknowledged in the report, and therefore there was a clear need to develop a distinct set of positive ageing indicators for Travellers.

“But serious gaps remain,” he said. “These include the absence of disaggregated data on the basis of ethnicity across all routine data collection systems, a gap which has been highlighted persistently by Pavee Point and by a number of UN treaty-monitoring bodies, European institutions and equality and human rights bodies.”

A second report from Positive Ageing showed that working in later life can have a significant influence on income levels and can be n indicator of better health and wellbeing.  However, indicators for Irish Travellers aged 40+ from Census 2016 show an employment rate of just 13%.

According to the report, 88% of older Irish Travellers have access to a piped water supply and 56% of this group have good self-rated health – compared to a national average of 80%.

However, 58% of Irish Travellers aged 40+ have a chronic disease and almost a third report difficulty dressing, bathing or moving around the home – an indicator of disability.

Pavee Point would like to acknowledge the work of Travellers, Traveller organisations and the Healthy and Positive Ageing Team in developing these indicators.  Pavee Point urges health policymakers in this area to take on board and implement the recommendations of this report.

Read about the work of Pavee Point’s Health Programme.

Report Published on COVID-19 and Traveller and Roma Higher Education

Since the beginning of the COVID-19 pandemic, Pavee Point has raised its concerns at the impact of COVID-19 measures on Traveller and Roma transfer to and progress within higher education. Pavee Point and...

Pavee Point open by Appointment Only

Pavee Point Traveller & Roma Centre has re-opened its office for staff and in compliance with HSE recommendations. However we will not be open to members of the public to drop in. All...